I’m not sure if it’s my memory playing tricks on me, but I’m sure there was a time when ‘making a curry from scratch’ (as opposed to from a preparatory paste or sauce) was a sort of boast that people made, as if you’d learned to maintain your own car, or paint watercolours or something – a special, unusual string to your bow. 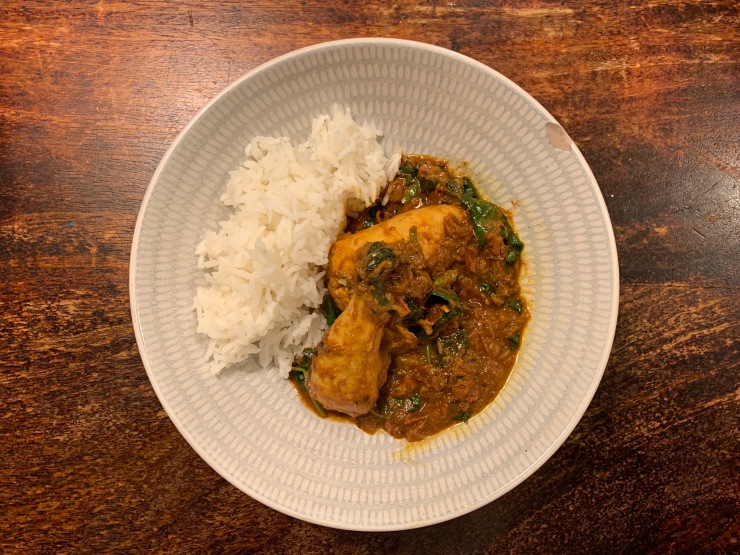 Well, if that ever was true, it doesn’t seem to be any more. My generation, with the boom in food TV, the advent of YouTube and the current renaissance of cookery book publishing, are spoiled by an embarrassment of good advice from experts left right and centre. If you want to make a curry now, you no longer need to be restricted to the output of the sainted Madhur Jaffrey, but can also seek out the advice of Meera Sodha, Asma Khan, Maunika Gowardhan, or any number of other walking encyclopaedias of Indian food, all of whom have websites, all of whom are friendly, helpful and forthcoming on social media, and all of whom are brilliant communicators of their craft. Cooking a curry ‘from scratch’ is now no longer a mark of distinction, but totally, wonderfully normal. And thank god it is. We all eat better and more happily as a result.

Since moving to Stockholm from London just over four years ago, I have pined for Indian and Pakistani food. Pined for it. It isn’t that there are no good Indian restaurants in Stockholm, there are many, but they don’t sit on every corner, and the food simply doesn’t occupy that special place in the national consciousness that it does in the UK (I suppose for the obvious reason that there was never a mass immigration from the Indian Subcontinent to Sweden, though there was from Turkey, and I can’t get a decent kebab here to save my life so, frankly, God knows where the logic is here) and so I have pined and pined. Luckily for me, the pining has had the effect of making me knuckle down and learn a little about Indian cookery. I’m not an expert, but I can now throw together something in a sauce that scratches the itch I have for curries.

I claim no authenticity in the recipe below, hence not naming it as a style (‘curry’ is not an Indian word) but it follows certain processes that’ll serve you well in creating those special flavours we all crave. Concentrate especially on the onions, and don’t skimp on the amount of time you cook them for. They’ll provide the backbone of the sauce, and if you cook them for too brief a time, or with the obsessive colourlessness of French and Italian cooking, you may as well not bother. In fact, every stage of this is about extracting the best and most exciting flavour from each layer of the sauce. I’ve heard people say their curries come out watery or disappointing, and I suspect this is where they’re going wrong.

Heat 2tbsp of cooking oil in a large, heavy-based pan with a fitting lid over a low-medium heat and add the cumin seeds. Fry them for a minute or two until they begin to pop and smell beautiful. 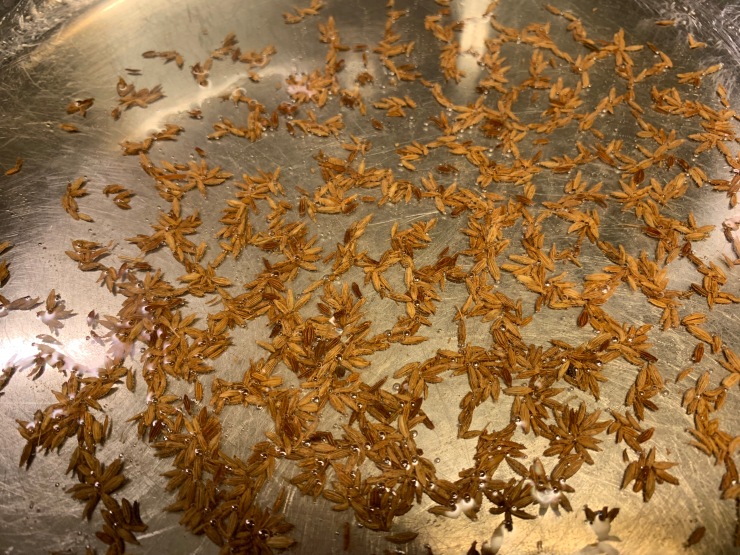 Add the onions and cook for a long time, really a good 30-45 minutes, until they turn a nice jammy brown, but don’t blacken at all. Keep a close eye on them, giving them a very occasional stir, and adjusting the heat if they seem to be cooking too quickly or slowly. 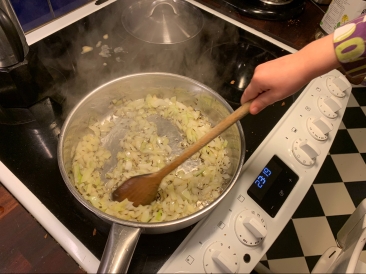 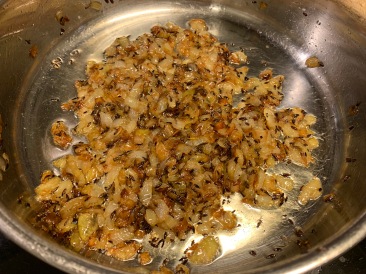 When the onions look done, add the ginger and garlic and fry for a few minutes, stirring often, and adding a drizzle of water if they stick, until they no longer smell harsh or raw.

Add the ground spices, and stir well, cooking for a minute or two.

Add the tomatoes (and puree if you’re using fresh tomatoes), bring to the boil, clap on the lid, and turn the heat right down to a low simmer. Leave for 10 minutes, stirring once half way. After 10 minutes, they should’ve broken down to a coarse, interesting sauce. 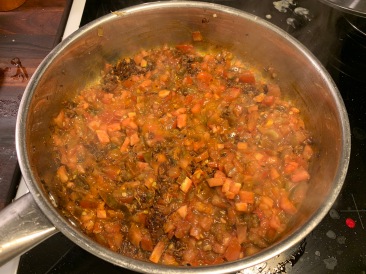 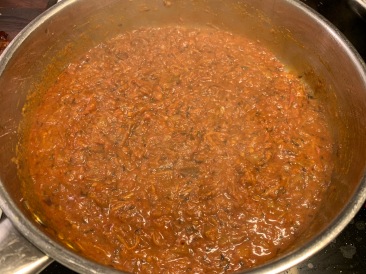 Add the chicken and turn in the sauce. If it needs it, add a little freshly boiled water from the kettle til it comes just over half way up the chicken pieces. Put the lid back on and simmer gently for 10-12 minutes , turning half way through. Check for done-ness with a skewer or small knife, and remove the chicken pieces to a plate on the side. 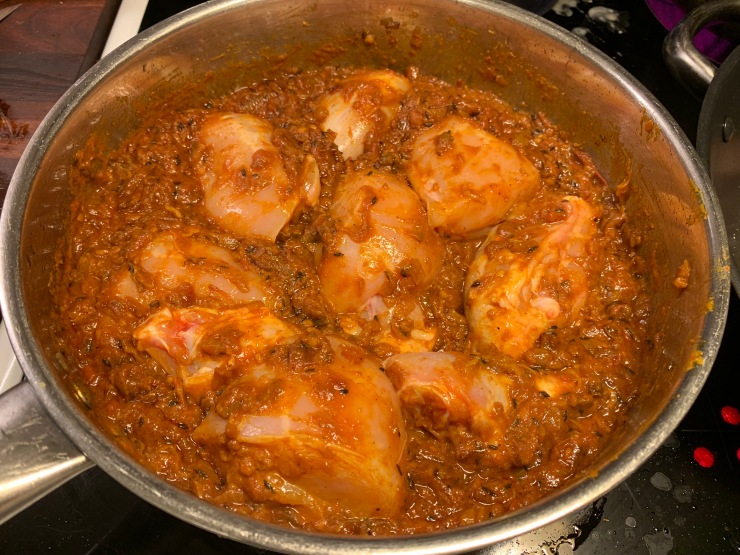 Sprinkle the garam masala over the sauce and stir in. 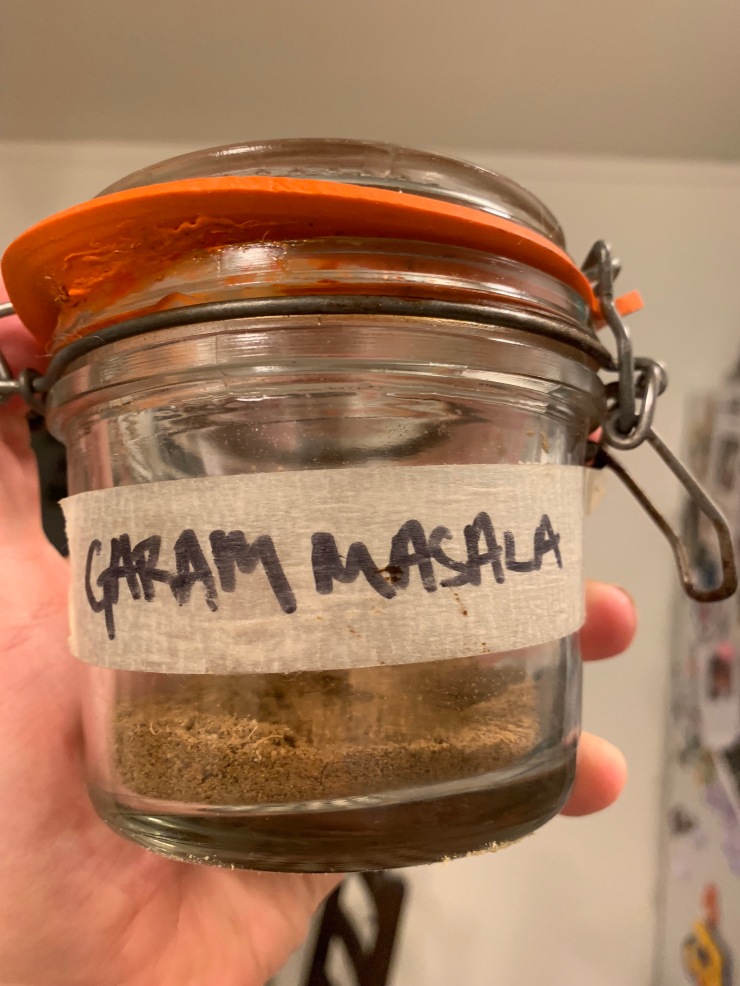 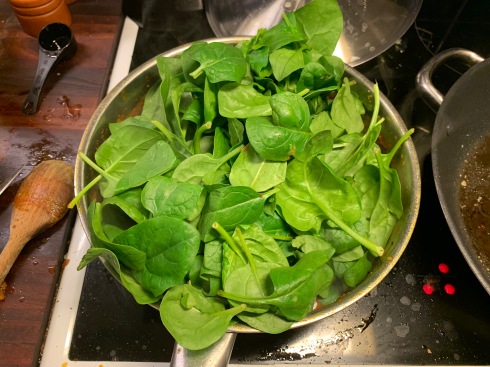 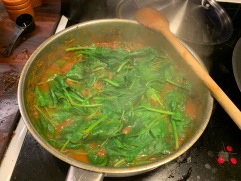 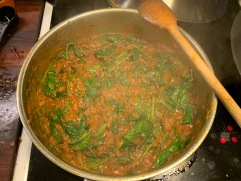 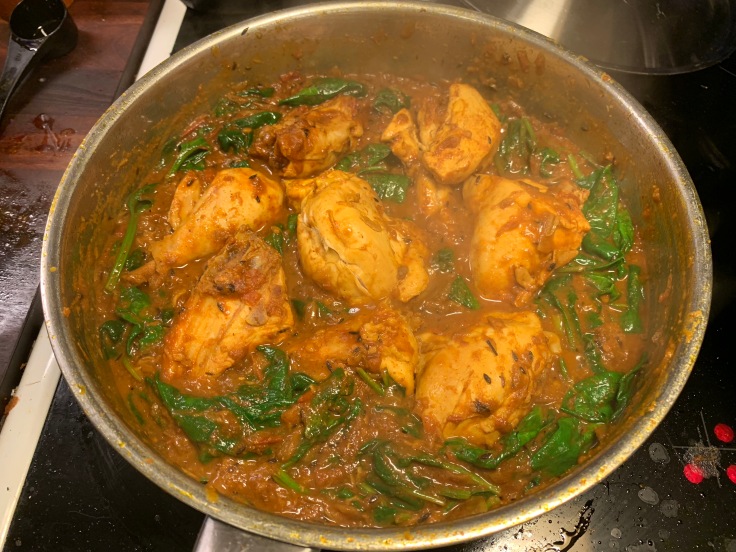 Serve with plain white rice, and either poppadoms, naans or chapatis, with any of your favourite chutneys or pickles on the side. Let everyone around the table dig in and enjoy!

1 thought on “Chicken and Spinach Curry”