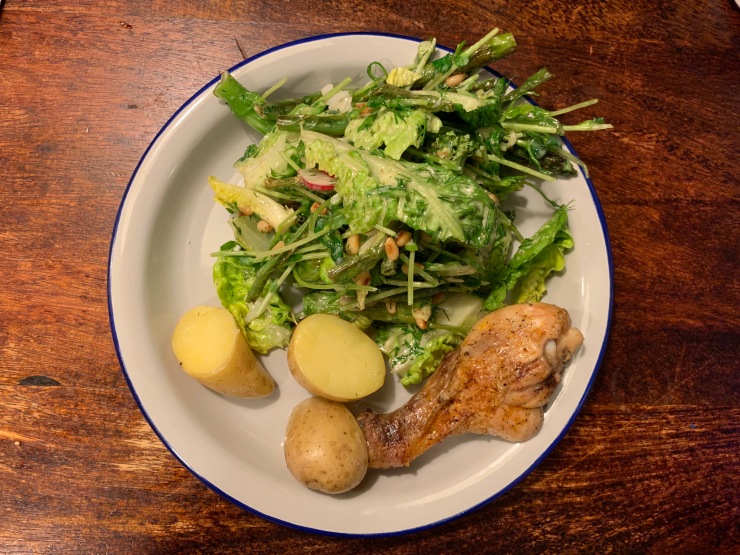 So, spring is here. *Properly* here, with no returns. That said, there was also a fairly intense snow storm the day after I made this recipe but still, I’m taking it all as part and parcel of wonderful, wonderful Spring.

We spent the day sowing seeds, tidying up the garden and clearing out the shed, and it honestly felt wonderful, after the long, dark, rather cruel Swedish winter, to feel the heat of the sun on one’s face and whatever it is that produces vitamin D in the body begin to twitch again after a long restful holiday. 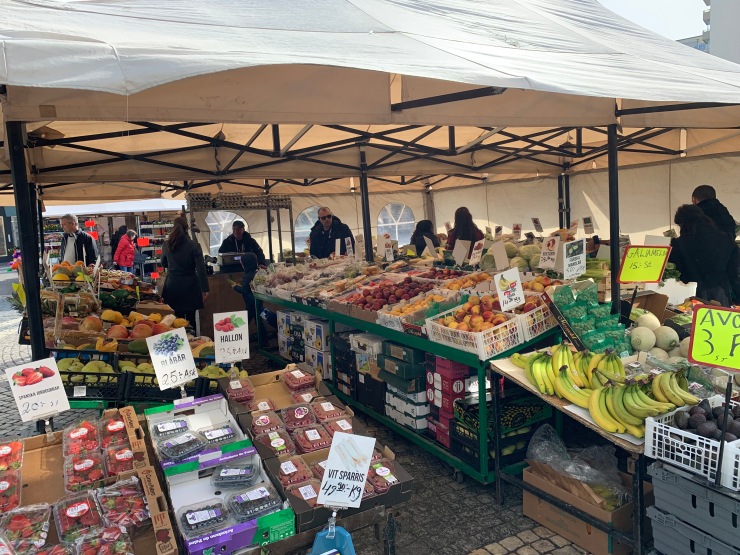 This salad, rather than being a pious prayer to seasonality (because god knows there are enough of them knocking around), was inspired by a trip to the market in the square beside our local station which, in there previous weeks, has made a welcome return after those cold, vegetable-ruining winter months. There were thick bunches of herbs, piled high, plenty of very fresh looking asparagus (still hailing from somewhere a little warmer, though the Swedish asparagus season is over in the blink of an eye, so that’s more often than not the case later in the spring too), lovely firm broad bean pods and all manner of other temptations. 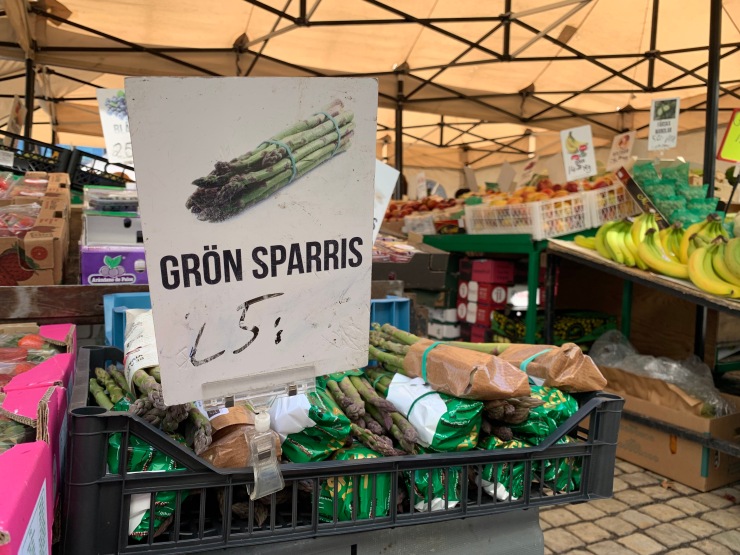 This recipe is based around trying to bring the most of the flavour out of the vegetables by quickly browning them in a pan, softening them slightly, but allowing them to retain plenty of bite and freshness. Essentially trying to attain the best of both worlds.

This would work for two people as a main meal with bread, or more as a large, substantial accompaniment to something brown and protein-ish. We had it with some very simple roast chicken and boiled new potatoes.

Put your favourite frying pan (with a lid that fits!) on a medium heat, and add the pine nuts. Keep them moving, and under a very close eye until they’re lightly browned all over, then tip them into a large salad bowl.

Put the pan back on the heat and add a generous slice of butter. Once it bubbles and begins to smell slightly nutty, add your broad beans and cook for a minute or so, tossing once or twice til the skins are patchy-golden-brown and appealing.

Remove them to the salad bowl with a slotted spoon, then repeat the same cooking process with the asparagus tips and French beans, topping up the butter if the pan dries out a bit, adding them, to your big bowl when they’re done.

Turn up the heat, tip the broccoli florets into the pan, brown a little (you can actually really get some blackness on the broccoli and it’ll be none the worse for it) then pour in half a cup of water and clap on the lid. Steam for a minute or so, until they’re tender to the point of a knife, then fish them out and stick them in with the rest of the veg.

The vegetables can sit there for a moment to cool a little whilst you make the dressing. Whisk together the honey, vinegar and oil in a small bowl, then add the yoghurt and herbs and whisk again. Grind in a little black pepper, and then salt fairly generously, towards the upper limit of what you think might be needed, but no more.

Add the rest of the salad ingredients to the big bowl, toss them together either with your (sparklingly clean) hands or some salad tossers, then pour over about 3/4 of the dressing and toss again. If everything is thinly and evenly coated, stop there, but if it feels it needs a little more dressing, go ahead.

Sprinkle a little flaky salt over the top, grate or ribbon-slice over a generous helping of parmesan, and stick it on the table for everyone to dig into.

Vegans can happily make a version of this with brown sugar instead of honey, oil instead of butter, no cheese and whatever their chosen yoghurt, creme fraiche or sour cream substitute may be. Those on the other end of the scale might feel moved to crumble in some crispy streaky bacon. Both would be entirely agreeable, as would picking up whatever your greengrocer has to offer and throwing it into the mix. The important thing is to celebrate the season a little.